Mythical, innovative and deeply groovy, Choulai brings together traditional Japanese court music known as Gagaku, with anime, jazz and hip hop. To be joined by hip-hop icon Kojoe, famous for his work in both the Japan and New York hip-hop scenes, their music will be set against a backdrop of Japanese anime projections by renowned artist/filmmaker Popy Oil.

Joining Choulai on February 2, and led by daring composer/trumpeter/sound artist Peter Knight, The Australian Art Orchestra (AAO) explores the meeting points between disciplines and cultures, and imagines new musical forms to reflect the energy and diversity of 21st century Australia.

Also announced today as part of the 2019 Nexus Live program is indie-pop artist Sophie Koh for April 6, who will perform her 2018 album Book of Songs in its entirety. Book of Songs is a cross roads of East meets West pop music, influenced by her Chinese heritage and a transcontinental upbringing in New Zealand and Australia. Promising to be a night of intimate melodies curtailed by notions of identity and womanhood, Sophie will be joined by Tracy Chen, a solo artist from Melbourne via Adelaide, crossing simple pop-influenced progressions with soft vocals.

Exploring First Nations ancient songlines on May 4, will be West Papuan freedom fighters The Black Orchid Stringband and Adelaide’s own Dhungala Baarka. Featuring traditional bass, ukulele, tifa and beautiful three-part vocal harmonies and with songs performed in West Papuan dialects as well as Tok Pisin (a PNG language), The Black Orchid Stringband brings together West Papuan freedom fighters now living in Melbourne who sing to live and live to sing the songs of freedom. Joining The Black Orchid Stringband will be Adelaide’s own guitar, double bass, soulful vocals and gifted story-telling duo of Dhungala Baarka who celebrate milestones of freedom, whilst acknowledging that the struggles of today are part of a journey towards truth and unity for the contemporary voices of Australia's First Peoples.

June 1 will be a night of international folk music exploring the soulful and the honest with Melbourne’s STAV, who writes thoughtful, uplifting songs in English, French and Hebrew with bursts of rhythmic fire. Contemporary folk and a hint of something else, she has a compelling ability to tell a story in song. Alongside STAV, Adelaide’s own Indigenous folk singer-songwriter Corey Theatre conveys a sense of country and place. The two artists will come together for some new work exploring their cultural and artistic experiences in contemporary Australia.

In a Nexus Live world premiere commission on July 6, guzheng player Zhao Liang and drummer/composer Jarrad Payne will compose a new work exploring the original sonic possibilities reached by exploring and blending their contrasting musical backgrounds. Zhao’s skilful mastery of the idiosyncrasies of the guzheng will be framed by Jarrad’s diverse percussive and electronic sounds, using automated looping and live treatment to enhance the acoustic properties of this compelling instrument. They will join Garden Quartet from Melbourne, blending contemporary Persian and Western motifs and creating Iranian-Australian world music in a way not heard before.

In Nexus’ night of Fairytale Noir on Saturday 3 August, internationally acclaimed ARIA award-winners Zulya & The Children of the Underground will perform exquisitely arranged original music inspired by Zulya's unique Tatar, Russian and Australian identity. Drawn from lead singer Zulya's heritage and her interest in the fairy-tale world of storytelling and riddles, this is intriguing contemporary music with a twist. Joined by the gorgeous melodies on bowed double bass, feisty and fiery fiddle, pumping accordion and quirky clarinet, Golonka breathes fresh life into the folk music of Eastern Europe.

Joining TYPS is a supergroup of international artists from Nexus Arts’ Creative Cohesion development program. Now all based in Adelaide, the ensemble features eight Australian migrants from amazingly diverse backgrounds delivering a truly worldly sound from this remarkable group of artists representing a culturally diverse Australia.

October 5 will see a song cycle by The Letter String Quartet's artistic director, Biddy Connor, All The Stories. Featuring the poetry of Maria Zajkowski, the work is inspired by stories of the history of Abbotsford Convert, Melbourne, and those who have spent time on the site - from a meeting point for the Wurundjeri and Kulin Nation peoples, to the establishment of the Convent Of The Good Shepherd, which at its peak was the largest charitable institution operating in the southern hemisphere, with over 1,000 women and children living behind its enclosed walls.

Performing with The Letter String Quartet is the classically trained pianist, violinist, percussionist and singer/songwriter, Fleur Green. A former student of the Godmother of Marimba, Keiko Abe in Tokyo, she has a deep love of storytelling that was passed on by her teachers and upbringing. Fleur and her band will being their newest offering, The Desert Plea, an original cabaret/rock song cycle that follows the journey of a young city musician who travels to Coober Pedy to offer its residents an alternate escape through creative outlet.

Rounding out the 2019 Nexus Live Program on Saturday, November 2, is Filipino and Aboriginal musician DOBBY and Naomi Keyte. DOBBY, a rapper, drummer, and speaker, who has performed at festivals including BIGSOUND, The Plot Festival, and Yabun Festival, is also a skilled composer, and is the 2017 recipient for the bi-annual Peter Sculthorpe Fellowship. Joining DOBBY will be Adelaide songstress Naomi Keyte. A folk artist exploring the world of pop, Keyte brings with her beautiful melodies and image-rich lyrics, with an intended vocal intimacy that is simultaneously vulnerable and powerful. Together, Naomi and DOBBY will explore the territory where explosive hiphop meets heartfelt harmony in this new collaboration commissioned by Nexus Arts.

A Nexus Arts 2019 Solidarity Membership priced at $35 entitles you to $20 tickets for all Nexus Live performances, as well as other benefits and the reward of helping this dedicated not-for-profit organisation. See nexusarts.org.au for more information.

5 October, ALL THE STORIES: The Letter String Quartet’s All The Stories (VIC) // Fleur Green (SA)

This project has been assisted by the Australian Government through the Australia Council, its arts funding and advisory body.

Nexus Arts is proud to celebrate Adelaide’s designation as a UNESCO City of Music. 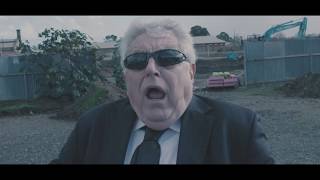